Fracking: Stop It Before It Starts 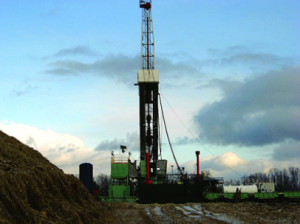 ‘Fracking’ is short for the hydrological fracturing of underground shales to release gas for burning as a high carbon fuel. Possible target areas might include the shales under the Edale valley, previously investigated for oil extraction.

There is already a resistance movement www.frackoff.org.uk . They have focused mainly on the current fracking in the Ribble valley, Lancashire. The Peak District National Park Authority’s minerals team has had no approach to date – Derbyshire Green Party has asked to be informed if any such approach is made. Henry Folkard, British Mountaineering Club’s local planning campaigner, asked at a Community Area Forum for an opinion in November. Jim Dixon, the PDNPA CEO, answered that an approval would have to establish national need to overcome local and national policies to protect the national park. Green Party member John Youatt, former minerals planner, thinks a ‘national need’ argument will be difficult to sustain, given the conflict with climate change policies, the impacts, and known alternatives for the energy mix.

Caroline Lucas MP has meanwhile tabled an Early Day Motion no.181 www.parliament.uk/edm/2012-13/181 This asks for a moratorium on licences until the companies come clean on the impacts, including the secret chemicals being added to our ground water. Encourage your MP to sign it.

Charlotte Farrell (High Peak) and John Youatt (Dales) intend to call a meeting this September. If the meeting agrees, all relevant Councils and Agencies will be asked to sign a declaration to oppose fracking in favour of investment in renewables.