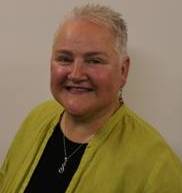 I joined the Green Party officially last year after having been ‘in sympathy’ with its values for many years. I joined because I wanted to be part of the change we need to make our society fairer and more sustainable. Having joined, I spent some time reading Green Party policy and recognised that some of the issues I was already interested in (Citizen’s income, re-nationalisation of the railways, opposition to TTIP etc.) were aligned to Green party thinking.

I quickly became active in the local party and we meet every couple of weeks to discuss current projects and campaigns. I have been selected democratically by the group to be their ‘lead’ candidate for Belper North Ward in the Amber Valley Borough Council elections. I am also standing as a national election candidate in order to give people a chance to vote Green in Mid Derbyshire in the general election.

I am a realist, and understand that the possibility of winning a seat in Mid Derbyshire is minimal. However, I have met many people who have said that they would like to be able to vote for the Green Party in a national election and I would like to give them a chance to do so.

I feel I am a credible candidate, with good communication skills. I prepare press releases for Mid Derbyshire Greens, and have been on the radio about a local issue surrounding democracy. I am a Natural Voice Practitioner, and this involves helping people to find and use their voice. I feel that politics has similarities to this, and I feel very strongly that everyone’s voice should be heard. I would like the opportunity to be able to represent people, and to give them a voice in local and national politics.

I organised the successful ‘crowdfunder’ project which played a large part in enabling us to stand Green Party candidates in Derbyshire at the coming general election. I feel well supported by my local party and activist group, and am heartened by the fact that our numbers grow at almost every meeting. They have faith in me and I would like to validate that faith by standing as Green Party candidate for Mid Derbyshire in the forthcoming general election.