Organised by Derby Climate Coalition with support from Derby 38 Degrees. 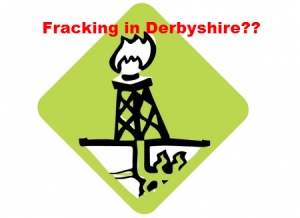 We will discuss
• The economic and environmental consequences of fracking
• The actual plans
• What can we do.

Members from a number of other organisations are coming. Tea and coffee available. Please come along if you can.

Book a place by using this link: https://you.38degrees.org.uk/events/stop-fracking-in-derbyshire

This government seems hell-bent on promoting fracking for shale gas in Derbyshire.

On August 18th the government announced it would hand out a fresh round of licences giving exclusive rights for gas and other fuel exploration in 27 areas across the country. Two of the 10km by 10km squares of land affected are in Derbyshire. The licence for land between Derby and Long Eaton will go to Warwick Energy. That company has said test drilling could start in 2019. The affected area runs across the East Midlands, as shown below:

The other area includes parts of Amber Valley, such as the countryside around Ironville, Riddings and Somercotes and the licence will be held by Ineos. It is somewhere in that square where the firm says test-drilling could start in 2016 or 2017 with the possibility of “early stages of producing commercial gas by the end of the decade”.

One response to “PUBLIC MEETING – Fracking in Derbyshire”