In the run up to the local elections, Bolsover, Chesterfield and North East Derbyshire Green Party are hosting a Candidate Q&A which will give you the chance to question those who are representing you. The candidates are keen to share their vision with you as well as litening to you and hearing which local issues you want them to tackle. Come along on Thursday 15th April at 7pm and get involved – sign up to the online event here

In preparation for the event the Bolsover, Chesterfield and North East Derbyshire have published their manifesto and local plan, the document sets out a bold vision for Derbyshire and the exciting progress the local greens will achieve for our communities once elected. If you’d like to read the manifesto it is available here

We look forward to seeing you on Thursday 15th April at 7pm : )

General Election 2019. Green Party candidates will be standing in:

HUGE thank you to everyone who has helped fund our efforts so far!

Derbyshire Green Party have the following candidates standing in the council elections of May 2nd 2019.

Its 2016, a new year has begun. Derbyshire Green Party is seeking to invite all the Young Greens within Derbyshire to a meeting 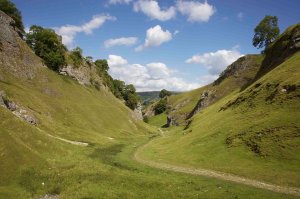 We look forward to meeting you in order to decided how we should be organised and what we would like to campaign on in 2016.

We can’t wait for the next elections in 2020. We must act now
against the government’s disastrous policies. Everyone can do their bit to save the planet and build a better society.

Over 80 people, of all ages, squeezed into a meeting room in Chesterfield last night, for a meeting organised by the Campaign Against Climate Change (CACC), supported by the local TUC, the Green Party and the Socialist Workers Party.

Margi Senior became active because of  plans to drill for gas in nearby Calow. Local people came together, sharing skills and energy, and together they got the application thrown out, initially by the county council planning committee  in Matlock ( in June 2014) and then at an appeal at the end of October. ” Hopefully that is the end of the matter” she said, an example of People Power that can and must exerted elsewhere to stop fracking and similarly harmful extraction methods.

The note of hope and optimism she struck continued throughout the evening.

Martin Empson of the national committee of the CACC spoke of two recent reports:

The CACC instead emphasise the importance of the People Power and the need to create a broad based popular movement to demand serious action on climate change. The Paris talks should be regarded not as a  last chance  but as an opportunity for this movement to develop and grow. Martin spoke of ” a growth in confidence among activists on the ground” and an increasing willingness to discuss fundamental issues and the need for radical change to create a better and fairer society, as evidenced by the popularity of the work of Naomi Klein.

Chesterfield TUC chairman, James Eaden, introduced the final speaker, Natalie Bennett, leader of the Green Party, saying how good it was to see and hear a prominent politician speaking out, and attending marches and rallies, about a whole range of important causes- trade union rights, respect for refugees, climate change etc.

Natalie spoke of her  attendance at a lobby of Lancashire County Council, when, under pressure from a well organised anti fracking campaign, councillors, including some Tories, had rejected plans for fracking. There was a need for a message of optimism and hope she said, agreeing with Martin that the need for action on climate change presented an opportunity to create a better, fairer, more sustainable world. Although people taking individual action to reduce their own carbon footprints is  all well and good, what’s really needed is fundamental systemic change, and the creation of a movement capable of bringing this about.

In response to discussion and questions from the floor Natalie reminded the meeting that the Tory Government had no mandate for its programme, including its withdrawal of support for green energy measures. We can’t wait until 2020. We must act now. Everyone can do their bit to save the planet and build a better society.

Among the wisest words of the evening were those spoken by a young Green Party member who made reference to the mini election that took place in his school on General Election Day. The Green Party had got more than 100 votes and the Labour Party over 80, compared to the Tories only getting around 20 and UKIP less than 10. The desire among young people was for real change. What he and they couldn’t understand was that the left seemed to concentrate too much on what divided them rather than what they had in common. This had to change. His contribution got perhaps the loudest applause of the evening, suggesting those in the room, whatever their age, agreed with him.

Stand up for climate justice