Tax Dodging, is costing us £70 Billion a year, we need action not words 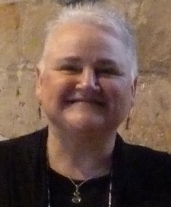 I have received a number of messages in the last few days from electors expressing concern about the latest tax scandals involving HSBC. Like all my correspondents I find these revelations shocking and, as a Green Party Parliamentary candidate, I pledge to do everything I can to highlight that tax avoidance is wrong, cheating us all, and demand that the new Government in May takes effective action to put a stop to it.

In the wake of the HSBC, Swiss Leaks and Lux Leaks tax avoidance scandals, the Green Party has pledged to introduce a Tax Dodging Bill in the first 100 days after the election. The campaign for such a Bill is being widely supported by a network of NGOs, cooperatives, faith groups, MPs and Unions. During the election campaign, all Green Party candidates will attempt to get the other candidates to pledge to support such a measure, or explain to their electors why they don’t find tax avoidance wrong.

The Green Party has long championed firm action on tax avoidance as an alternative to austerity and fully backs the Bill which calls for new rules to make the UK tax regime more transparent and tougher on tax dodging. Green Party policy is to crack down heavily on tax havens and other methods of tax evasion and avoidance, and press for a transparent country-by-country reporting so that company profits can be located and taxed.

Green Party finance speaker, Molly Scott Cato MEP, who is a member of the European Parliament’s tax working group, said:
“In the wake of repeated tax avoidance scandals, it is now all the more vital that we put in place legislation to ensure corporations and wealthy individuals pay the taxes that treasuries need to invest in public services and infrastructure. Greens have been pushing hard in the European Parliament for a full inquiry into the Lux Leaks scandal but unfortunately, despite the rhetoric from both Tories and Labour on the issue, they have refused to back such an inquiry.”

Four years ago, in 2011 Green MP Caroline Lucas launched the Tax and Financial Transparency Bill in the House of Commons. She exposed the fact that HMRC was failing to prevent serious tax evasion, totaling £billion’s of lost tax each year. Despite two attempts at getting the Bill passed, it failed to gain enough Parliamentary support.

Green Party leader, Natalie Bennett, has said “Tax avoidance has cost this country tens of billions of pounds over the course of this Parliament, at a time when public services are being slashed. If the Government’s political priorities had been clamping down on tax avoidance, rather than dismantling our welfare state and public services, then we’d be in a far fairer, more humane, and more economically stable Britain. We need new laws to make the UK tax regime tougher on those who wish to avoid contributing to our society.”

This Coalition Government is telling us that Austerity is necessary because the country cannot afford a social welfare programme to help the most needy, or a health and education service that fairly serves all. If the Government took the necessary measures to collect the tax that is legally due to it, taxes that have been agreed by our democratically elected parliament, then I believe that there would be no case for the failed policies of Austerity.

Figures from the Tax Justice Network show that each year the Treasury looses £70 Billion to the tax dodgers. Figures from the last budget state that the cuts to Governmental departmental spending since 2010 have been £25 billion. The pain, suffering and damage to the economy caused by those cuts was unnecessary and caused by the Government’s failure to collect what is due to it.